Menu
Back to Sermon Notes

The link has been copied to your clipboard; paste it anywhere you would like to share it.

From Series: "Jesus Is "

We often don't recognize some of the simple ideals that describes Jesus. This series looks at scripture to explain who Jesus is in the ways that often get overlooked.

More From "Jesus Is " 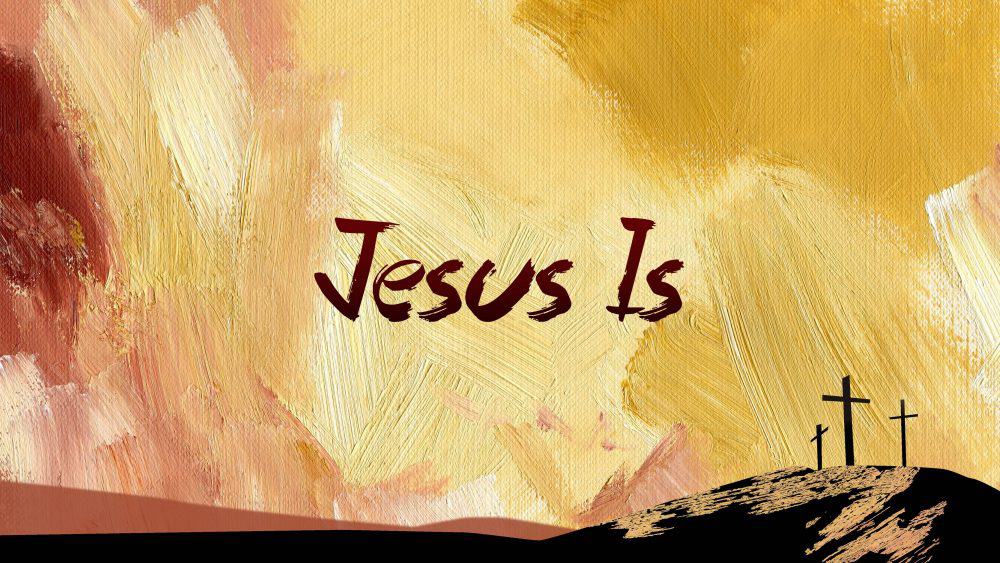 Jesus Is My Friend

Most people know something about Jesus. But there are so many questions about Jesus. Who is Jesus christ, really? Because over the years it seems we’ve created many types of Jesus. We’re looking at the biblical Jesus. And I’m telling you it is. transformational for us when we look at the true picture of who Jesus is!

Confusion about who Jesus is, is not a new phenomenon. It’s been going on since the beginning. To John the Baptist, Jesus is the Lamb of God, who takes away the sins of the world. To the Magi, Jesus is King of the Jews. To the Pharisees, he is called Beelzebub or Satan. You get a different answer depending on the group of people who asks about, who Jesus is.

What does Colossians say about who Jesus is?:

We will be looking at Colossians 1 to address the question who Jesus Is. Some people in Colossae are plain wrong in their assessment of Jesus identity. So, Paul writes to them. Who’s this baby laying in a manger? Who’s this Galilean carpenter? Who is this man who hangs from a cross? Who is He? Paul wants his readers to know, absolutely know, who Jesus was and who Jesus is, it’s important. Col 1:15-22 says, “Jesus is the image of the invisible God, the firstborn over all creation. For by Him all things were created: things in heaven and on earth, visible and invisible, whether thrones or powers or rulers or authorities; all things were created by Him and for Him. He is before all things, and in Him all things hold together. And He is the head of the body, the church; He is the beginning and the firstborn from among the dead, so that in everything He might have the supremacy. For God was pleased to have all His fullness dwell in Him, and through Him to reconcile to Himself all things, whether things on earth or things in heaven, by making peace through His blood, shed on the cross. Once you were alienated from God and were enemies in your minds because of your evil behavior.  But now He has reconciled you by Christ’s physical body through death to present you holy in His sight, without blemish and free from accusation.”

This section in Colossians is some of the strongest Christology in the New Testament. Paul describes who Jesus is. He is the image of the invisible God, He’s the exact impression of the real substance. God allows people to see the physical representation when Jesus comes to earth. The invisible God presses Himself into the clay of humanity so the second person of the Trinity can show us who God is and how to live. Jesus is the physical revelation and representation of the invisible God. Jesus is God in the flesh. Jesus reveals God! John 14:9, “Anyone who has seen Me, has seen the Father”.

In other words, Jesus is the portrait of God. You see the personal characteristics, the distinguishing marks, of God the Father, in God the Son. Look at nature and it tells you about the existence; the power of God, but nature doesn’t fully reveal the essence and personality of God. Only in Jesus do we perfectly see God’s compassion, God’s forgiveness, God’s grace, God’s patience. Jesus is both the son of God and the son of Man.

Paul goes on to say Jesus is the firstborn of all creation. Now, don’t get the idea that firstborn implies a beginning. Jesus never has a beginning. There never is a time when Jesus was not. Jesus in John 8:58, “Before Abraham was born, I AM.” Not, I was—I am. He is the great I AM. He’s always existed. He doesn’t have His beginning at Bethlehem.

So, what does it mean that Jesus is the first born? Because some groups say there is a time when Jesus was not, that He’s created; this is a verse they try to use, they mishandle the word first born. The word firstborn speaks of honor and privilege. God says of David, in Psalms 89:27: “Also, I will appoint him to be my firstborn, the most exalted of the kings of the earth.”

Firstborn speaks of His exalted position. Typically, when you see the word firstborn in Scriptures, it means of utmost importance. Jesus is called the firstborn of creation because He’s the most important figure in all of creation. John 1:1, “In the beginning was the Word, and the Word was with God, and the Word was God.” Through Him all things were made. He goes onto say, And the Word…so we know exactly who He’s talking about. And the Word became flesh and made His dwelling among us. Rom 9:5, “…the Messiah, who is God over all.”

Col 2:9 says, “In Christ all the fullness of the deity lives in bodily form.”

All things were created:

Again, in Verse 16: “For in Him all things were created: things in heaven and on earth, visible and invisible, whether thrones or powers or rulers or authorities; all things have been created through Him and for Him.”

Jesus is the creator. We don’t talk much about this! He’s there at creation. It’s why in Genesis 1 God the Father says, let us make man in our own image. He didn’t say, let me make man in my own image, because Jesus is there; the Holy Spirit is there. Paul says, In Him…In Christ, all things were created. It’s why when Jesus became flesh, human,

What has he created?:

Sometimes people ask, What’s the world coming to? Answer: It’s coming to Jesus. All things are created by Him, for Him, it will all end with Jesus. Every knee will bow, every tongue confess; Jesus is Lord of All!

Who does the world revolve around?:

Verse 17 reminds us He’s in charge. He is before all things, and in Him all things hold together. Jesus makes incredible claims about His own identity that if not true, they wouldn’t make any sense. Again, Jesus Christ said Before Abraham was, I AM. What? Another time He says, I’ll be crucified, and then I’ll come back from the grave in 3 days. Yeah, sure you will. I and the Father are one. The words I speak have been given to Me by the Father. All that belongs to the Father is Mine. John 5:18, “Jesus’ enemies want to kill Him because He’s making Himself equal with God.”

We said, Doubting Thomas sees the wounds of Jesus and goes to his knees saying, “My Lord and my God!” Jesus doesn’t correct him, Thomas, c’mon, you crossed the line. I’m not your Lord, your God. You overstepped. No, Jesus doesn’t say that. Jesus looks at him, because you have seen Me, you have believed; blessed are those who have not seen and yet believe. Jesus is God in the flesh.

Jesus is Head of the Church:

Verse 18 says, “And He is the head of the body, the church; He is the beginning and the firstborn from among the dead, so that in everything He might have supremacy.” He’s the head of the church. The church belongs to Him. Why? He used His own blood to purchase us. Here we see that word again, firstborn. Firstborn from among the dead. Jesus isn’t the first to come back from the grave. Several in the Old Testament and New Testament, like Lazarus , are raised temporarily. Jesus is of utmost importance because He arose permanently, never to die again. John Stott points out, the healings Jesus did when He brought someone back from the dead were not resurrections; they were resuscitations, because they eventually die. But when a man walks out of His own grave, He has the credentials to take charge of whatever sphere He wants. It’s why Paul says, He’s the beginning and the firstborn from among the dead. He conquers the grave.

Jesus is God in the Flesh:

Verse 19: For God was pleased to have all His fullness dwell in Him. In other words, Jesus isn’t vice president. He’s not a junior partner, an understudy. He’s God in the flesh. Phil 2, “Your attitude should be the same as that of Christ Jesus: Who, being in very nature God.”

In very nature—He’s equal to God the Father. But it goes on, from that position, from heaven, He humbles Himself, and He becomes obedient to death. Don’t miss the implications of this passage, as we learn who Jesu is. If Jesus made me, then He can remake me, too. If Jesus created me, He can recreate me in His image. He turns graves into gardens! If He can hold things together in our universe, then He can help a single mom hold things together, too. He can help me keep it together when my life is falling apart. If He’s superior to every kingdom and every principality, then He’s equipped to handle the problems you might face this week with your boss or your coworkers.  He’s the Creator, in control, then I can trust His will. If He’s superior to demons, there’s nothing more powerful that I’ll face today. If He’s the first to permanently rise from the dead, then I can be assured, I can rise with Him. If this is who Jesus is, then this is what He will be for you and what He’ll be for me.

Verse 20-22 and through Him to reconcile to Himself all things, whether things on earth or things in heaven, by making peace through His blood, shed on the cross. Once you were alienated from God and were enemies in your minds because of your evil behavior. But now He has reconciled you by Christ’s physical body through death to present you holy in His sight, without blemish and free from accusation. Jesus is the one, who reveals God the Father; Jesus is over all creation, Jesus is Supreme! And these verses point out Jesus is the One who reconciles us with God. Paul says, look, Jesus created everything; it all belongs to Him. Yet He hangs beaten, on a cross. Think of it. God, the mighty Creator, dies for, the creation’s sin. Put this in context, understand what Paul’s saying. Jesus is great, awesome, mighty Jesus and then says, He willingly spills His blood on the cross. He dies on a cross. The One who made every seed, every limb, every tree—He dies on a tree. The One who makes the oceans, the fountains, the rivers, the streams, says, I thirst. The One who flings the sun into space, is the One who’s blistered by the noonday sun. He’s dying. His death and deity are put together. Other people have died; but understand, it’s His deity that makes His death meaningful. And it’s His death that makes His deity knowable. The two go together. Jesus creates the universe, with His Word. He says, let it be, and it is. But, when He saves us, it takes every drop of His blood. Jesus doesn’t have to do this, He’s the Son of God. But He does. He takes my sin, your sin, our sin, to the cross; And on His cross, He takes sinful humanity with one hand, Holy God with the other hand, and reconciles God and humanity.

The bottom line? Don’t miss it, it’s the last part of verse 18 that in everything He might have supremacy. So, the Question is: Is Jesus the most important person in your life? 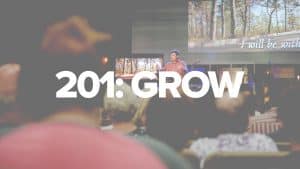